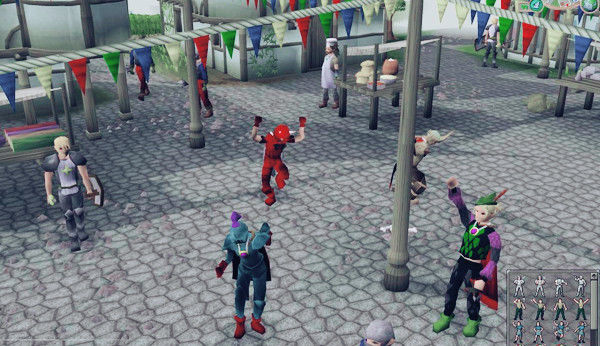 Recent a new patch has been released by Jagex in RuneScape, which is dedicated to improving the artificial state of farming and games, as well as many other changes and fixes. These changes apply to both the PC version of RuneScape and the mobile version. Especially on mobile devices, the Cita Citadel mini game has been improved, the interface is easier to use, and the interface should no longer be locked when using the spells in the spell book. Now check out the full change list below and have enough RuneScape gold:

Fixed the naming of the diseased Jadinko when it appears inside a Ranch out of Time pen.

Players can feed their animals to baby shakes again in order to swallow them in exchange for beans.

Weapon poison will no longer run out when used in conjunction with the Lantendyme incense stick.

Tweaked the bean sale values across the board for all the new Ranch out of Time animals.

Monkfish now counts towards the cooking task on the Yak Track;

Updated the Arcane Blood Mage Robe Bottoms override to fix an issue with a floating gem. This is now fixed to the outfit as intended.

The Dark Fire and Flame swords have been graphically updated.

Yak Track tasks will now no longer scale down when a member swaps into a free-to-play world.

Elite Dungeon Teletabs are now able to be used while in combat.

Slaughter is now correctly cleared when using an ability or item that clears debuffs of this sort.

Changed the warning message at the Edgeville artefact to reflect the updated combat level recommendation for King Black Dragon.

Players who have more than one Grimoire in Erethdor will receive additional Grimoire to unlock the token and return their torn pages.

Players with insufficient inventory space can talk to Merethiel in the Lost Woods to regain tokens and pages.

If the player has completed the relevant task, Ilovin's letter can now be taken from Iswyn.

A portion of the Kaqemeex voice conversation was deleted near the beginning of the druid ritual, referring to the Master of Kills removed from Tavernley.

Fixed an issue where Impings might be found flying over vine walls near Falador.

After the player is disengaged, the invading NPCs participating in "Gino's Heart" will no longer reward XP and loot, etc., thus preventing the bank interface from being closed after leaving the dungeon for a long time.

Wakizashi added to the chat filter. k should no longer be blocked.

When instilling the ring, Zanik is now called Zanik.

Added ability to instill rings through the soul war shop.

When making a black parasol, extra parasols that players don't need are no longer lost.

Players will now be notified if mosquito cards are used in the dungeon, but will not work as other enhancements already exist.

All clan Vexillums Flags on the list will now be destroyed.

Now, after using the "Use All" function and deselecting the options, you are using the bulb.

Trimmed Master Armor now issues a downgrade warning when not protected by a tombstone.

Weapon poison can be used in the bank interface.

A small axe now appears on the shaft filter of the closet.

Players who have frozen the TH category will no longer use Bingxin during the promotion with the Category button disabled.

Checking the number of kills left by enchanted and brutal gems now displays text in the info box instead of just sending feedback to the game.

The Clan Citadel resource small game interface has been improved, including increasing the size of the panel and text to better fit the space on the mobile device.

Fixed an issue that caused incorrect prayers to be displayed when certain prayer features were added to the action bar on mobile devices.

Using the spells in the spell book will no longer lock the interface and cannot be used on mobile devices.

Fixed an issue where certain spells and abilities could not be activated from the mobile action bar.

Fixed an issue that affected Quick Chat Box settings on mobile devices. Incorrect settings apply, which means that users may click to enter after disabling the settings, which is incorrect behavior.

After hiding the minimap and logging back in on your mobile device, the Run button is now redrawn.

Typo has been corrected when trying to harvest crop you don’t have the level for.

Typo when speaking with Azzanadra during temple at senntisten quest has been corrected.

Fixed a typo involving adding items to the Tool belt.

Corrected a typo the in Ranch farmers market.

The icon is now a standard 36 × 32 in the Runecrafting Guild Rewards interface.

Fixed the stretch of Goebie mask.

Ozan now holds his bow in the proper combat animation while fighting Lady Kelly's minions on the shore of Draynor during the Stolen Hearts quest.

Adjusted the soil in the Falador tree spot to make it always look level.