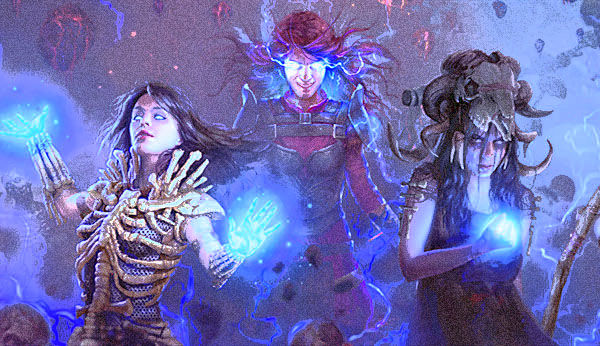 POE is Receiving Changes to the Atlas of Worlds

According to the latest community update for Path of Exile, Atlas of Worlds is receiving changes. The team addressed the main issue of feedback, namely the randomness of spawning encounters. They responded directly to this through their plans,


“Beginning after you're first able to fight the Awakener, you'll need to spawn influence in a region. This influence will spawn randomly but with a high chance. Once influence spawns in a region, you'll see a new icon and bar next to your Atlas Inventory (where your Watchstones can be stored on the left). This bar is segmented into either 5, 7 or 9 sections. The first, middle and last segment in the bar represent maps that contain influenced monsters and outcomes. In the following screenshot, the first map has been completed, with the 3rd and 5th map still to be.”

In addition, the sextant is back as a vendor recipe. Even though Delirium is coming, the team hasn't made many changes to Atlas in the Delirium League. However, some adjustments have been made to some map tiers.

Awakening levels will be the four watchstones inserted in your atlas. In addition, except for the percentage increase effect of modifiers on non-unique maps, the Awakening Level bonus will give you the same benefits as before.

Check out https://www.mmoexp.com/News/category/path-of-exile.html for more Path of Exile news and guides.